Home » How to Configure ExpressVPN on Firestick 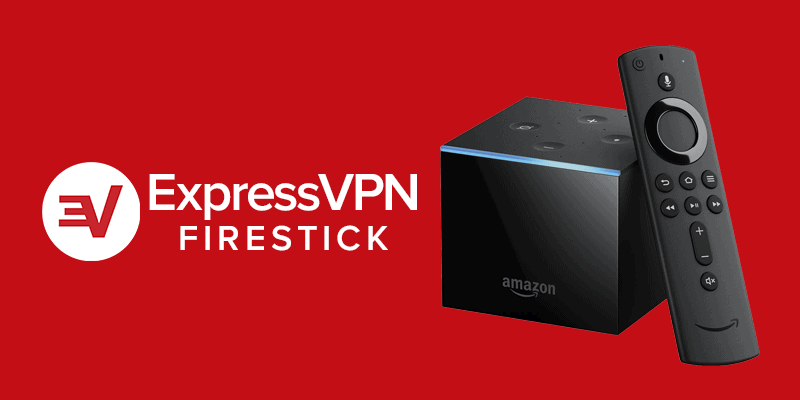 Want to learn more about ExpressVPN Firestick configuration? Here is how.

If you’re looking for the best Amazon Fire TV Stick VPN to unlock all of your streaming device’s capabilities, you’ve definitely already come across ExpressVPN.

There are a variety of reasons why you would want to install a VPN on your Fire Stick, and there are many more reasons why ExpressVPN has been our favorite for Fire Stick (and, indeed, our overall number one pick as the best VPN) for quite some time. It once again proved its unlocking skills throughout our most recent tests. We were able to access all of the main streaming platforms’ foreign catalogs with ease, including Netflix (in numerous countries across the world), Amazon Prime, Disney Plus, and BBC iPlayer.

You will be able to experience superb security and quick speed thanks to more than 3,000 servers scattered across 160 cities in 94 countries and its unique Lightway protocol. Express also has a really easy-to-use dedicated app for Amazon Fire Stick, which is one of the major perks – not all providers have one.

How To Install ExpressVPN On FireStick

Here’s a step-by-step guide to installing ExpressVPN on FireStick.

Netflix, BBC iPlayer, Amazon Prime Video, Hulu, and other geo-restricted websites and online streaming services are all supported by ExpressVPN. It works nicely with Kodi, a popular media player found on many Firesticks.

ExpressVPN provides sufficient bandwidth to its subscribers, allowing them to stream in HD or even 4K UHD. Because the app is available straight from Amazon, all you have to do is search for it and install it from the Fire TV home screen.

ExpressVPN keeps no logs that contain personally identifiable information, such as traffic logs or IP addresses. The apps are well-protected against leaks and have excellent security. The speeds are sufficient to keep you streaming in a great quality without buffering.

You may not be able to run a VPN that stays connected on an older Fire TV device, such as a first-generation Firestick. ExpressVPN, fortunately, has you covered.

Every ExpressVPN plan includes MediaStreamer, a clever DNS proxy that unblocks many of the same online streaming channels as the VPN. In the wifi settings, you can change your device’s default DNS servers. Other devices that don’t support VPNs, such as Apple TV, Roku, and Chromecast, can also use this method.

Alternatively, you can use a router to set up the VPN. If your router is compatible, you can install ExpressVPN’s own router firmware for free. Otherwise, you can buy an ExpressVPN “pre-flashed” router. Any devices connected to the router’s internet connection will be routed through the VPN.

Split tunnelling is an option in the router firmware that lets you pick which devices use the VPN and which don’t. Because of its adaptability, ExpressVPN is an excellent choice if you need to protect a wide range of devices.

Setting up a VPN-protected wifi hotspot is the final option. Most laptops can create their own wireless hotspots, which you may secure using a VPN.

ExpressVPN has servers in 94 countries, allowing you to access a wide choice of geo-restricted streaming services.

Other streaming services operate in multiple countries, but their material is different in each. Some Netflix and Prime Video shows, for example, are not available in the United Kingdom, Australia, or Canada. Again, ExpressVPN can get around these limits, allowing you to view whatever you want, whenever you want.

Is there a monthly fee for using Firestick?

No, there is no charge for using a Firestick on a monthly basis. Unless the streaming services you want to watch are free, you will still have to pay a subscription fee. You’ll also have to pay your internet bill, of course.

Can I use ExpressVPN on other devices at the same time?

Yes! ExpressVPN can be installed on as many devices as you want, but only five can be connected at the same time. If this isn’t quite enough for your requirements. ExpressVPN can also be installed directly on your router. This is a little more difficult, but it only requires one connection and secures all of the devices on your home network.

Can you watch normal TV on Amazon Fire Stick?

Cable, satellite, or over-the-air antennae are not supported by Fire Sticks. However, several apps provide live feeds of TV and radio stations. Some are genuine and licensed, while others are pirated; be cautious and choose the former.

Will streaming services detect I’m using a VPN on my account?

Streaming services will normally identify your VPN only if its servers have previously been blocked. ExpressVPN is compatible with most common streaming services, therefore it won’t be discovered in most cases.