Home » How to Access NBA League Pass Online without Blackouts 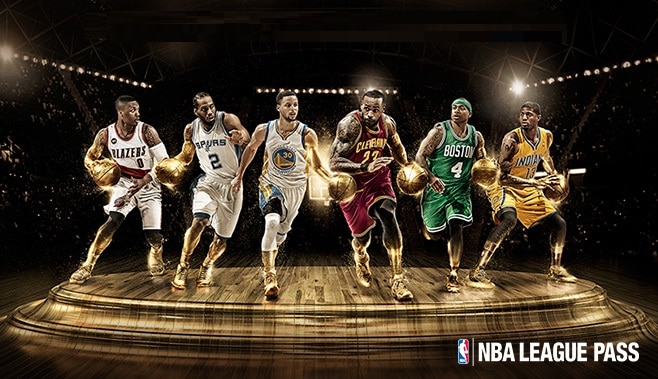 Basketball is recognized as one of the most popular and finest sports. It has millions of fans around the world, and most of them are in the US. The National Basketball Association (NBA) has been serving the country and basketball fans since 1946.

The NBA League continues to live up to its reputation of being North America’s leading professional basketball league. However, while it provides high-quality entertainment to fans throughout the year, the NBA League’s broadcasting rights are limited to only a few selected TV partners, such as TNT, ABC, ESPN and NBA TV.

Fortunately, the NBA lets fans follow all the action online with its out-of-market sports package known as the League Pass, which features all the games. It’s available for viewing in the US and internationally. Despite its availability, online viewers in the US are subject to blackout restrictions and limitations. As a result, many fins miss out on what they love the most.

Keep in mind, though, since NBA League Pass is available in countries around the world, the US account subscribers can bypass blackouts by making all their traffic appear to originate from a country where NBA League Pass is not available, such as Mexico, or there are many more that you get via a good VPN which has huge server range.

Therefore, to unblock the international version of the service, all you need to do is use a VPN and change your virtual location to that of an outside country. A close by country is preferred as the further away the server location, the slower your internet speed.

Use a VPN to Stream NBA Online

A VPN, or virtual private network, not only changes and masks your IP address but also encrypts all your traffic. This allows you to keep your online activities hidden from prying eyes as well as bypass geographically restricted content.

NBA games can be live-streamed on ESPN and ABC. If you are located outside the US, use a VPN to connect to a server in the US and you will be able to access the live-streams on the websites that are otherwise blocked in your region.

So, you want to watch NBA live online, but want to save on your money by getting rid of your monthly cable bill? Well, it’s possible to do just that by relying on streaming services! However, keep in mind that such a decision would call the need for a high-speed internet service, if you don’t already have one.

You can watch NBA games live online anywhere with streaming services such as Sting TV, but expect to pay a subscription fee. While it’s a US-only service, a VPN can once again be used to sign up, and then connect to the streaming service to watch NBA live stream outside the US.

How to Watch NBA League Pass on KODI

KODI has become one of the most popular media source for most of the online sports, TV shows and Movies. If you area  KODI user, now is the time to ensure that you have all the right addons and plugins needed to watch NBA games live online on KODI. You can install the essential addons for NBA on your Kodi for your PC, Mac, Android, or Amazon Fire TV Stick.

The best addons to watch the NBA games live online on Kodi are the following:

If you are looking for a detailed guide on “How to Install Kodi Live Sports Add-ons?” then click here.

Use a VPN to Watch Live NBA Games Online

A VPN is a different beast altogether, given its flexibility and array of features. It is a great tool for internet users who want to protect their identity online and stay anonymous. However, they also prove effective for bypassing geographically restricted websites like the NBA League Pass. If you are wondering how to watch NBA outside the US, here’s how a VPN can help: