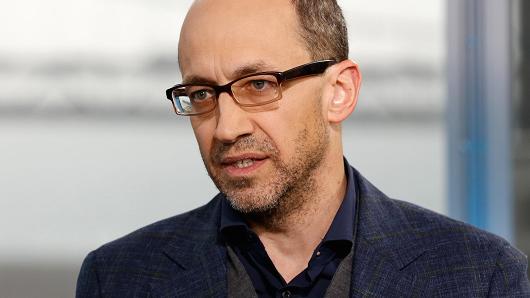 Dick Costolo, the CEO of Twitter is the newest inductee in the hack-attack club. This news of his Twitter account getting hacked recently made rounds when a group known as “OurMine” sent three tweets from Dick Costolo’s account. The tweets portrayed the message that OurMine, the group responsible for hacking Costolo’s account, has the greater good of internet users in mind and is working for their security. The tweets claimed that the group is running a security test so there’s nothing to worry. Quite surprisingly, just when this news started to get traction, a statement from Dick Costolo appeared claiming that his account has not been hacked and the tweets were not sent from his account. Furthermore, the account from which the tweets were sent has been suspended and proactive measures have been taken to protect users.

Last year, Mark Zuckerberg, the founder and CEO of Facebook, witnessed a similar scenario when his Pinterest and Twitter accounts were hacked. The tweets sent from his account also showcased a similar message. Well, OurMine is the same group who is involved in such activities and mostly targets the heads or the opinion leaders of various industries. This group differs from the other hacker groups since it seems that OurMine is on a mission to teach people the importance of online privacy and security. People usually don’t pay any heed to the importance of online privacy and security, and this group attempts to highlight the importance of digital security.

How to Avert Such Attempts?

As an internet user, one thing you need to understand is that your social network website will never ask you to click a link placed in a tweet to test your security or for any other purpose. All you need to do is to act smart. Avoid clicking such links, just ignore and scroll down. Also, don’t share too much personal information, like your pictures and any other personal data on any social networking site. On the other hand, the most suggested and the effective method for online protection is a VPN. A VPN helps you stay protected by encrypting your data transmission. Use a VPN as it is the best solution available for online privacy and security. Select the best VPN provider form our handpicked list of VPN providers:

In this fast paced world, online threats are increasing as agencies are busy spying on you; companies are collecting your data and hackers of course are waiting for you to make a mistake. Even the CEO of Twitter is not safe. Don’t fool around; use a VPN to make sure you stay safe.