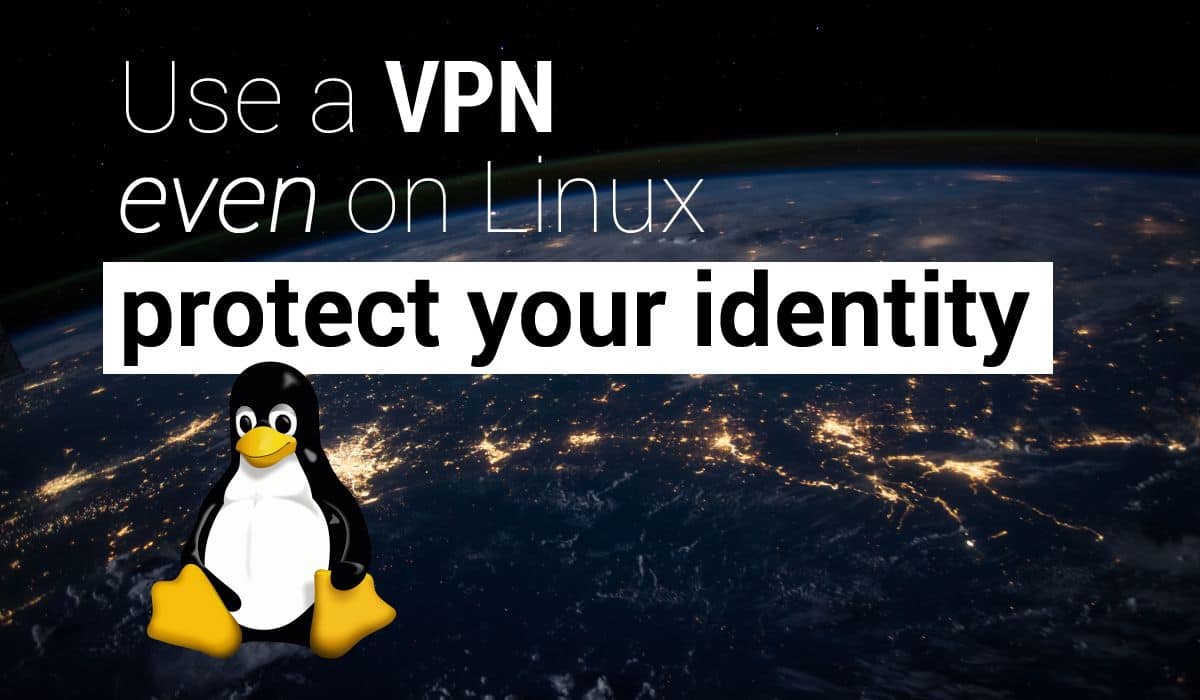 The internet was always meant to be a free place without any restrictions and supervision, but unfortunately that’s not the case today. Internet service providers, governments and web services are imposing more geo-restrictions and censorship policies by-the-day and tracking your browsing activities.

If online security and anonymity is your top priority, then you should be using Linux instead of traditional operating systems like Microsoft Windows or Apple OSX, as the latter proves to be far more secure. Although Linux systems are not impossible to hack, they are generally much safer.

In Windows, users generally have administrator access by default, which means anyone can access everything on the system including its most crucial parts. As a result, if and when a Windows PC gets affected by a malware, it could damage the entire system.

When it comes to Linux, though, users don’t usually have such access and are given lower-level accounts. So, even if a Linux system is hacked, the damage won’t be system-wide and hence containable.

However, even a Linux system doesn’t guarantee that you won’t be hacked or affected by viruses. For this reason, it’s absolutely crucial that you download and install a VPN on your system to stay one-step ahead of cybercriminals and third-party agencies.

Short for Virtual Private Network, a VPN creates a secure tunnel between your device and your internet connection. Any data passing through it is encrypted and hence protected from hackers, cybercriminals and third-party agencies. In other words, it’s very similar to a firewall, which protects a user’s data against unauthorized access. A VPN, on the other hand, protects all of the data you transmit over the internet.

For Linux, Ubuntu, Fedora, openSUSE, and Mint users, there are limited software and application options to choose from. Similarly, there aren’t many good VPN services out there for Linux. However, fret not, as we have done all the research and legwork for you and listed the best VPN services for Linux available on the market.

When it comes to protecting yourself from hackers and third-party agencies, most experts agree that a VPN is the safest way to go about guarding your online privacy, activities, data, financial transactions, etc. While there are plenty of VPN services, not all of them are what they pretend to be. Here’s a list of best VPN services available for Linux Ubuntu, Fedora, OpenSUSE, and Mint users:

Ivacy is one of the best in the business and has been around for almost a decade. Though it is a relatively small VPN service compared to other giants of the industry like PureVPN, Ivacy packs a heavy punch and offers tons of great features. It has managed not only to survive but thrive and stay one-step ahead of its competitors due to their innovate approach.

Ivacy was the first VPN service to the offer Split Tunneling feature. However, what makes it truly special is that it’s compatible with virtually any device or platform out there. Moreover, with its 5 Multi-Login feature, users can connect Ivacy to five separate devices with just one account. This features saves the hassle of purchasing different accounts for different devices, and saves a lot of money.

EarthVPN is a feature-packed service, which is why it’s on this list. Its users have access to all 54 countries and 190 Physical locations, strategically placed on 6 continents to facilitate minimum latency, greatest speed and continuous connectivity wherever you are in the world.

However, what makes it a great VPN for Linux is the fact that it’s extremely easy to use and quick to set up. EarthVPN offers instant activation. Moreover, there are setup guides for every operating system and platform it is available on. So, you’ll never get lost even if you have low technical know-how of how to setup and run VPNs.

While there are several VPN services available on the internet, from free services like ZenMate and Hotspot Shield, only one stands out from the pack: PureVPN. It’s probably the safest and the best VPN service out there, which comes with a host of handy features that are a-must-have to protect yourself from cybercriminals, hackers and third-party agencies.

PureVPN is the only VPN service out there that offers the complete package and hits all the right notes. Here are some reasons why you should choose PureVPN:

Well, there you have it Linux lovers! Now you know how to make your Linux device completely bulletproof – or should we rather say completely hacker-proof. Linux’s extra security features coupled with a VPN service like PureVPN will allow you to safely navigate through the dangerous world of the internet.