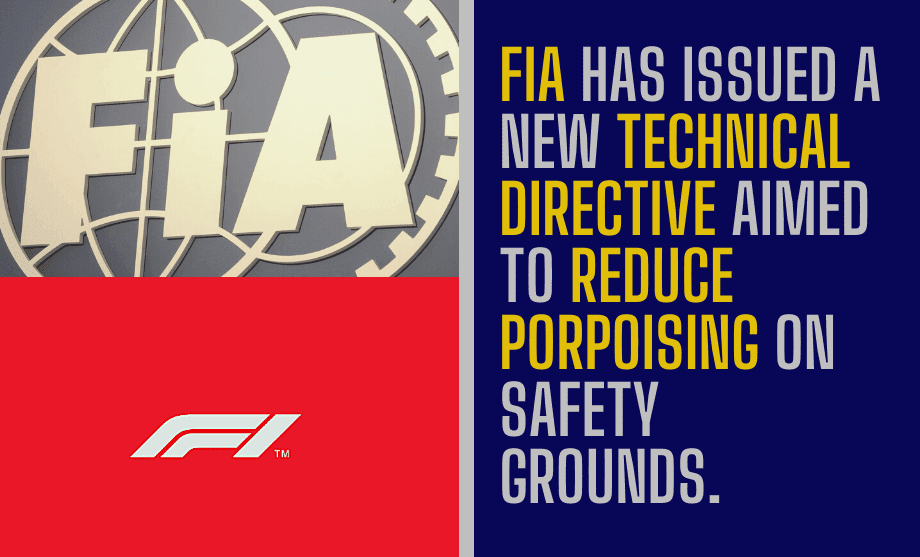 The first steps have been taken to reduce Formula 1 cars’ Porpoising, which has provoked complaints from many drivers in recent races. The governing body of motorsport announced on Thursday they have taken steps in response to the degree Porpoising seen at races up until and including last weekend’s Azerbaijan Grand Prix.

What does the Drivers Think?

Since the season began drivers from several teams have complained they have suffered painful rides in their cars. With the new regulations coming into force this year, some teams have been suffering from Porpoising more than others. This is due to their floor designs which change drastically at high speeds- something that’s not always ideal for an F1 team.

The teams as a whole are also running their cars much more stiffly than before in order to improve their performance. This change has made their cars less compliant over bumps.

What next that FIA can come up with?

The FIA has today issued a technical directive to teams advising them it will conduct more detailed inspections of the designs of their cars’ floors and how they wear during sessions.

F1 has announced that it will be setting limits on the vertical movement of cars, in consultation with teams. This is an effort to prevent drivers experience unacceptably painful rides and risk injury
The new safety feature promises maximum comfort while also preventing any unnecessary pain or discomfort caused by whip-like motions during driving events.

The sport’s governing body also intends to discuss with teams how the cars could be changed to make them less susceptible to Porpoising in the first place.