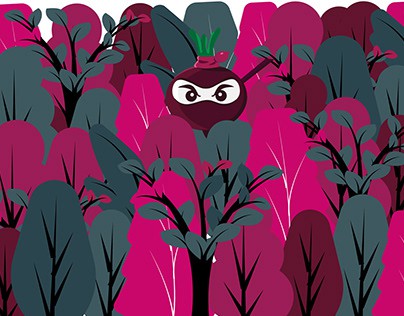 There are endless VPN options available on the market. Along with major players like NordVPN and ExpressVPN, there are also many minor players, such as the fairly obscure BeetVPN, whose unsurprisingly high rating is quite warranted.

While BeetVPN claims to be a no-logs VPN, it consistently disappointed in our tests by significantly reducing our connection speeds and logging our user information. Our small server network made it impossible to unblock international Netflix libraries, too.

Besides its ease of use and peer-to-peer file sharing features (though its speed decrease does not make it a fun experience, in the end). There is no “help” section to help you troubleshoot, but customer support is fast and effective.

BeetVPN’s user-friendliness is its only strong point, but even then, there are other providers that perform better in this area. When it comes to usability, Surfshark or CyberGhost are our top recommendations.

In the meantime, if you’d like to learn more about BeetVPN, continue reading our full review, where we’ll talk about the provider’s speeds, server network, security features, privacy policy, and more.

After testing BeetVPN, here’ is what we compiled. Let’s have a look!

In general, VPNs slow down your connection, but BeetVPN’s speed drop was drastic. Because of this, it did not score a perfect 10. We experienced lags and interruptions while browsing web pages and streaming videos as a result of these significant slowdowns. Web pages frequently failed to load, and videos remained buffering for several minutes. Using the internet with this VPN, in short, became nearly impossible.

A VPN’s main purpose is to shield you from trackers and other types of threats while you’re online. The security and privacy features of BeetVPN are summarized below, demonstrating why we gave it a 3 out of 10 safety rating.

As part of the payment process, the site requests your name during sign-up. There doesn’t appear to be a way to buy a BeetVPN subscription anonymously as of this writing.

When purchasing a VPN or paying with anonymous methods (such as cryptocurrency), it’s best to use a different email address to protect your privacy.  This is done to prevent your VPN account from being linked to your real email address or financial data. These safeguards, however, are nullified when you’re asked to provide your real name.\

Here are noteworthy observations regarding the safety feature of BeetVPN:

Although BeetVPN has a pretty user-friendly interface, there isn’t much detail about its features and options. This is why we give it only five stars.

Here are some overall takeaways:

Although BeetVPN is inexpensive, there are other VPNs that are better and less expensive. Furthermore, there is no long-term subscription option, as the maximum subscription period is only six months. The following are BeetVPN’s prices:

You can connect up to ten devices at once, and the app comes with a 7-day free trial and a 14-day money-back guarantee, allowing you to try it out before committing.

BeetVPN has servers in 32 countries, the majority of which have only one location.  When compared to most VPN providers, who have thousands of servers around the world, this is extremely limited. In this regard, we’ve given it a 2 out of 10 ratings. Due to excessive network congestion, a small server network could be the cause of slow speeds.

Is it safe to use BeetVPN?

BeetVPN isn’t a secure VPN, to be sure. According to its privacy policy, they collect and share your data with third parties. The service has offices in the United States and the United Kingdom, both of which are members of the Five Eyes, Nine Eyes, and Fourteen Eyes alliances.

Is BeetVPN compatible with Netflix?

BeetVPN unblocks US Netflix with ease. Other regions, on the other hand, will not be able to watch Netflix.

Are the speeds of BeetVPN any good?

We don’t recommend BeetVPN for streaming or gaming because it reduces your speed by up to 80%.

What is the price of BeetVPN?

A 6-month subscription to BeetVPN costs $3.59 per month ($21.54 total).  It isn’t the most inexpensive VPN on the market, but it is reasonably priced.

A number of BeetVPN’s shortcomings include extremely slow speeds, a small server network, and a lack of features. It also does not respect user privacy, and it can disclose your information to third parties as needed.

Overall, it does not compete well with other VPNs in several aspects, such as speed, security, privacy, and server network. When the service itself isn’t delivering what it promises, good customer service isn’t much use.